UX through the past, present, and future. Josh Webster and Martin Ostrem are both on the UX team here at Echidna. In this interview, we were able to catch up with them on the topic of UX -- where it's been, where it is, and where it's likely to be going in the near future. Read on for the full interview.

Echidna: Let's go back in time ten years. What was UX like back then?
Josh: At that point in time, UX wasn’t something I’d heard too much about. I was just starting college, and people were talking a lot about graphic design, but there wasn’t a lot of talk about UX. The focus was on storytelling and trends, not as much on users' thoughts, actions, and feelings. In general, user experience wasn’t as common of a practice as it is today.

UX probably started to really evolve between 5-10 years ago when design began to become more interwoven with the web. Before "UX," there were always things like user research -- that’s something that had been a part of marketing for a long time. But I think the digital community found a way to capitalize on information like that in order to get a better understanding of target markets and user groups. From there we started to get a better idea of best practices for commerce, news and information sites, and so on.

About five years ago is when I would say UX started becoming as big as it is today. Five years ago, mobile really started to play a major role. All of a sudden, it wasn’t enough to just be able to look at websites on my phone — websites needed to be made for use specifically on phones. In line with the birth of this new device ecosystem, user experience had to double in its influence to get information across appropriately.

Martin: And then it also became more about getting the right information across at the right time. Instead of showing everything, it became important to only show the most vital elements to a user on their mobile phone, especially with the slower data speeds back then. So user experience designers were really trying to figure out what was important to somebody using a mobile phone at that time.

Josh: Yeah, so like I said, I think five years ago is when UX really started to spread. I’m sure in some niche areas where tech was booming or where digital had taken root, it might have been more commonplace already. But five or six years ago was when companies began saying, "We have to start doing UX."

Martin: And I would even say that back then, UX was more at an agency level than anything. It was a specialty that you’d have to go find.

Josh: Yeah, and a lot of times it was a single person at an agency, not a team of people or even a specialty agency in-and-of itself.

Martin: Exactly. Companies were looking at that as a way to get a leg up on the competition, not something that was vital to doing business on the web.

Josh: And today, it’s a lot more commonplace. You still have people that don’t quite understand what user experience is, but I think that’s a dwindling number as time with the modern web as we know it goes on. Some companies today still have sites that were kind of thrown together to fit the needs of the moment just to get items on the internet and to get a presence online. Now they’re realizing that while they’re at least selling online, they could sell so much more if they were to refine the way things are done.

UX has become a sharpening tool for a lot of companies now, and it’s definitely a buzzword still, but its value is being illustrated more and it’s more easily quantified now. We have access to more data, so we can show that in making these changes to this site, company X went from this revenue to this revenue. We can quantify our research and our decision-making a lot more easily today. 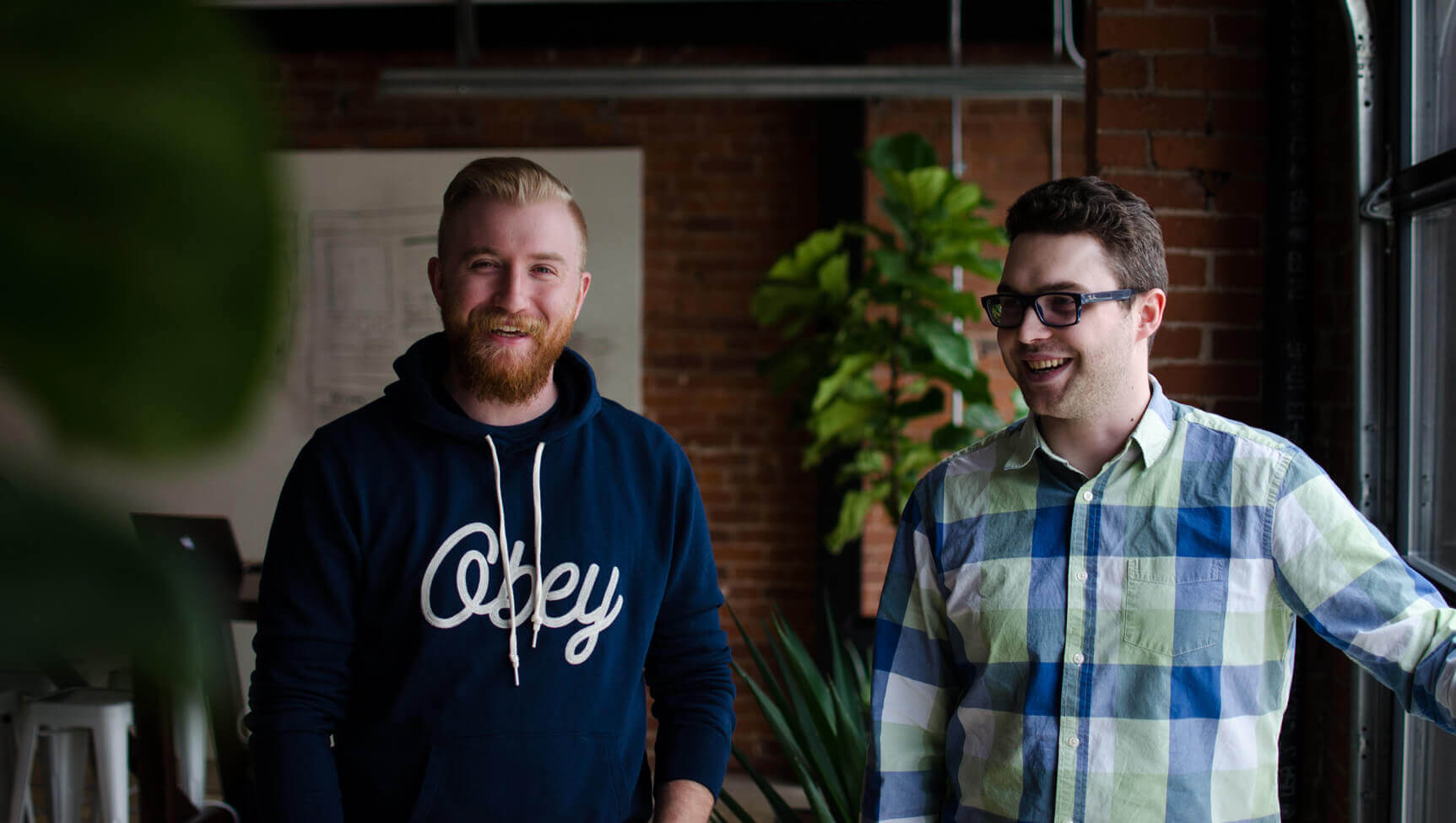 Aspects of UX that shouldn't change

Echidna: Are there aspects of the user experience that you would say need to remain constant? Or in other words, which core elements shouldn't really be changed?
Josh: Yeah, there are core elements of UX that can never change. One is the simple fact that UX is user-driven 100% of the time. We’ll have to make concessions based on what a client wants or what the budget requires, but at the core of every UX exercise, discussion, research session, wire framing -- anything -- the user is always kept in mind. Some of that is illustrated through best practices, which can shift through changes in technology. But at the end of the day, one thing that will never change is that UX is user focused, people focused — it requires a certain amount of empathy.

You have to be able to see other perspectives. I know in my personal experience, there are times that I don’t want to make certain changes. But if I look at it through the eyes of the user that’s going to be interacting with this, I can understand why that change is going to happen. I might think it’s in a bad spot or I might think it’s ugly, but if I can put myself in a user group’s shoes, I can make better sense of why it needs to happen. In graphic design, on the other hand, it’s more about pretty than it is about placement.

Josh: And UX is about the best way to get users to accomplish those goals. So the user is still the priority, but it’s just getting the user to the business goals. It can be as philosophical as you want it to be, but at the end of the day UX is about making people money in better ways.

Josh: $100 in two clicks is a lot better than $100 in five. When you put more obstacles in someone’s way from login to checkout, they have more opportunities to be distracted. That's why when it comes to the checkout process, we typically get rid of a lot of stuff in the main navigation. We keep the logo, and that’s usually about it. We don’t want the user to go back out and browse and then potentially forget and leave the cart sitting there.

Being able to get the user what they want feels good to them — they get exactly what they want, it’s super easy, it’s great. But from a business standpoint, it’s a high rate of completion because they’re not allowed to do X, Y, and Z during this period of time.

Martin: Think about it like this: Best Buy and Amazon have the same price on a laptop, and you have accounts set up on both with all of your personal info already entered. Amazon gives you the option to one-click checkout, so if you only want that laptop, you can just click the button and you’re done.
With Best Buy, you'd have to go through the whole process — making sure that you have the correct address chosen, choosing the payment method, and then confirming the order. If they’ve enabled one-click on Amazon, people know that their information is set up already. So at the same price, Amazon is easier, and they’ll probably go to Amazon.

Aspects of UX that should change

Echidna: So what about UX elements that should or could change over time? Or things that users expect to change?
Josh: Users just realize that change will happen. I think that the "expectation" of change is kind of a misnomer. It’s the realization of change more than anything. They know some things will change, but they don’t really expect them to. And I think that’s pretty evident when you see Facebook make changes and people griping about it. They didn’t expect it to happen, so they complain about it.

Martin: At the core, most people don’t really like change.

Josh: For the most part, yeah. Unless it’s subtle or immediately apparent how it’s better.

Martin: If you change a site, you’re essentially forcing a user group to relearn everything that they knew before, which they hate. But normally the changes are better for them — they just don’t realize it at the beginning because they have to relearn everything. The point is, people expect things to stay the same unless they truly do just suck.

Echidna: So you’re saying the company/UX agency knows what’s good for the user better than the user does?
Martin: Well if you’ve used a site for 10 years, there might be things that are set up completely terrible and backwards. But because you’ve used it for 10 years, you’ve learned how to work around those. So when you redesign or implement something that essentially makes a task more straightforward, the user has to relearn that task because they’ve learned how to work around something that was wrong. So while it’s easier for them, they don’t like it because they have to relearn something that they knew how to do on the old system.

I think it depends on the site too — sites like Facebook or Amazon are constantly making small tweaks. But with a smaller store or company that doesn’t have the money, things are going to stay the same for a while. It’s hard to give a solidified answer because it’s on a per-tool or per-site basis as to what people expect.

I think what we can say is that if you do a redesign today, and you don’t incorporate best practices into your site, then users will probably be upset. People know about some common practices and expect them to be present in new sites. Take a mega-menu for example: if you don’t include a mega-menu and instead force people to click into individual categories and subcategories just to get to something specific like jeans, some people will be frustrated. They don’t want to have to click into menswear and then bottoms and then jeans. They want to hover over the mega menu and find jeans that way.

UX is constantly evolving. Fortunately, Boost from Echidna will help ensure that your site's UX is keeping up and getting ahead.